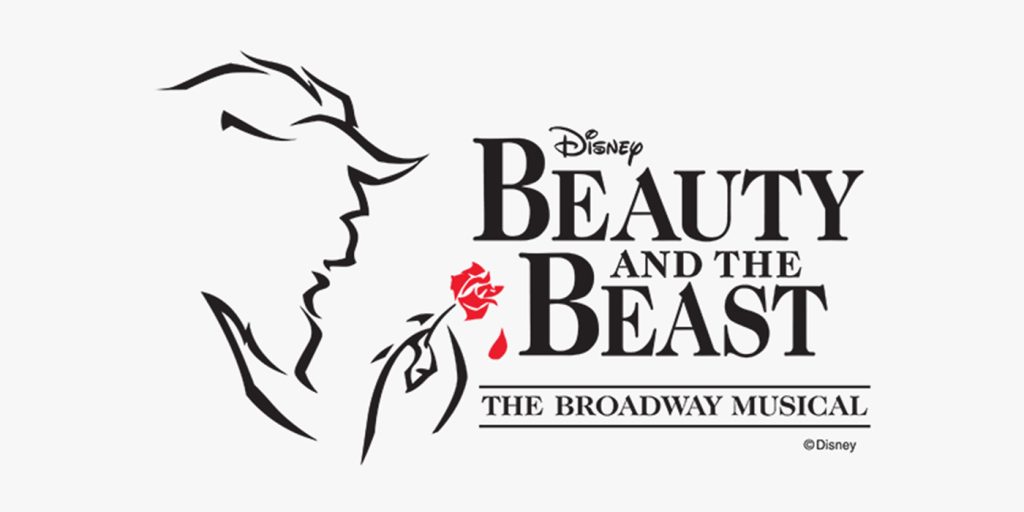 ‘Be Our Guest’ as the most enchanted musical of all time, Beauty and the Beast, comes to the Algonquin Theatre for the annual HfA/Rotary Spring Musical running from March 24-April 2, 2023.

Featuring over 50 local cast & crew members, this “tale as old as time” has thrilled more than 20 million people worldwide with show-stopping musical numbers, astonishing sets, and lavish costumes. Based on the Academy Award-winning animated feature, the stage version includes all of the wonderful songs written by Alan Menken and the late Howard Ashman, along with new songs by Mr. Menken and Tim Rice. The original Broadway production ran for over thirteen years and was nominated for nine Tony Awards, including Best Musical.

The classic story tells of Belle, a young woman in a provincial town, and the Beast, who is really a young prince trapped under the spell of an enchantress. If the Beast can learn to love and be loved, the curse will end and he will be transformed into his former self. But time is running out. If the Beast does not learn his lesson soon, he and his household will be doomed for all eternity. A storybook theatrical experience your whole family will love!

The Huntsville Festival and the Huntsville Rotary Club want to share an exciting opportunity regarding their annual Spring Community Musical. The 2023 production will be Beauty and the Beast. After three years of Covid related issues, we will finally be back on stage and we expect very strong interest from the community, along the lines of the 2019 production of Mamma Mia, which broke all previous sales records!  As a program book advertiser, your message will be exposed to a wide audience, with over 2,300 ticket buyers projected over the seven shows, running March 24 to April 2 in Huntsville’s Algonquin Theatre.

Advertisers will receive bonus exposure this year as the program book will also be used for the Huntsville Festival of Music, running March 2-5, a major educational initiative of the Huntsville Festival. Modelled after the famed Kiwanis Music Festival it aims to “encourage artists of all age groups to know and love the arts and foster the values of self discipline, teamwork and excellence.” Hundreds are expected to participate and attend the classes.

Again this year’s program format will be 8 ½ x 11 book size. All ads will be in full colour. As a further bonus, ads one half page and larger also receive a pair of complimentary tickets for one of the performances, a $60 value. A follow up email regarding tickets will be sent to confirmed advertisers. 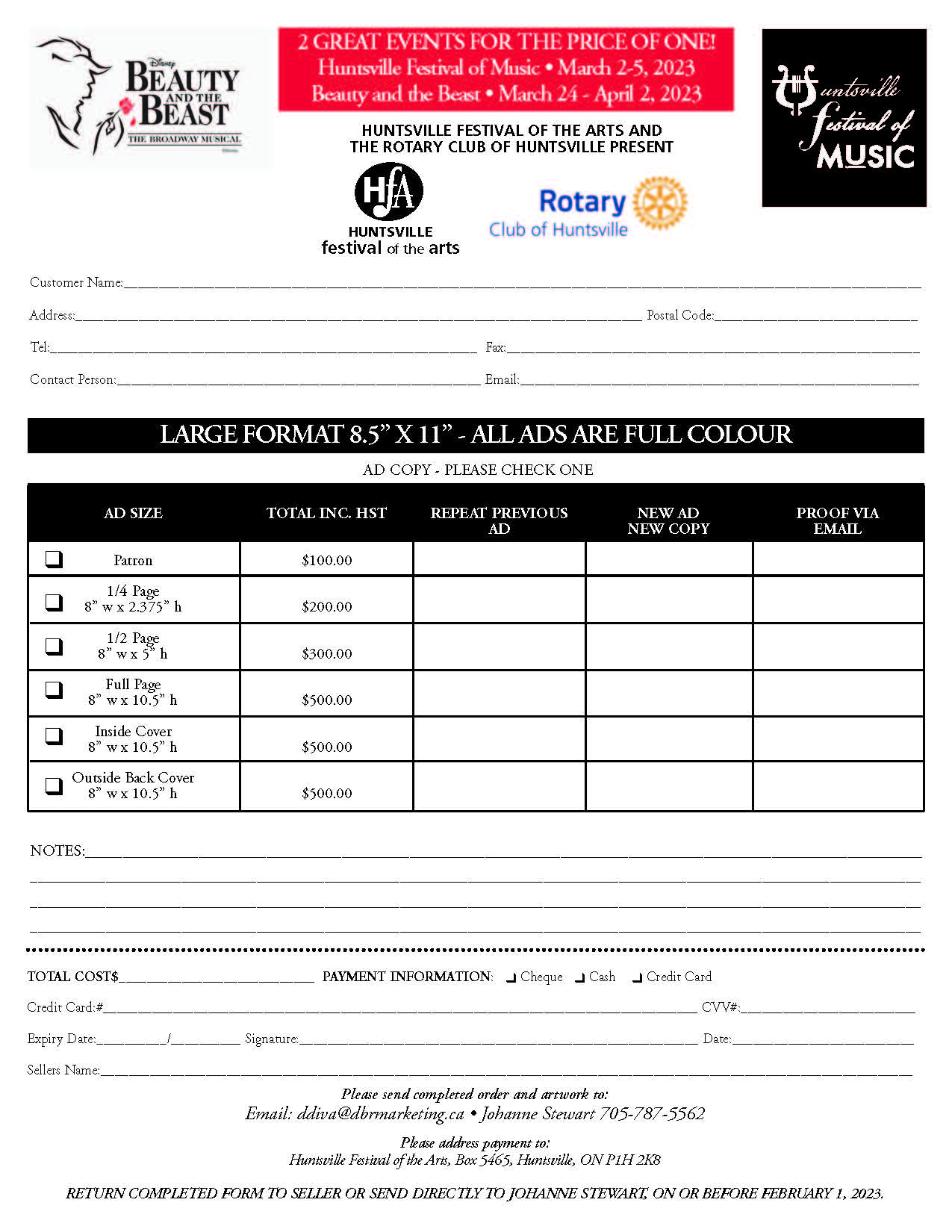