“When you need to restore your faith in humanity, just go to a Danny Michel show.” – STICKY MAGAZINE, TORONTO

An intimate solo performance with one of Canada’s most talented and charasmatic folk rockers. Danny Michel’s self-described musical A.D.D. has kept his music fresh for decades while from rock, to folk and even world music. With nominations for three JUNOs, the Polaris Prize, The CBC “Heart Of Gold” and a pile of albums under his belt, Danny Michel is unquestionably one of Canada’s finest songwriters. His thoughtful lyrics & earnest performances have earned him a devoted fan base. His lyrics speak to important issues like the environment, spirituality and world conflicts. A musical chameleon, able to slip into many genres with ease. An adventurous & fearless artist. A master at striking the right balance between unpredictability and meeting expectations, leaving you wanting more as soon as it’s over. 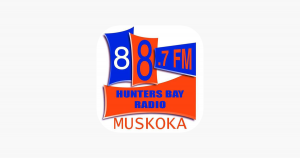